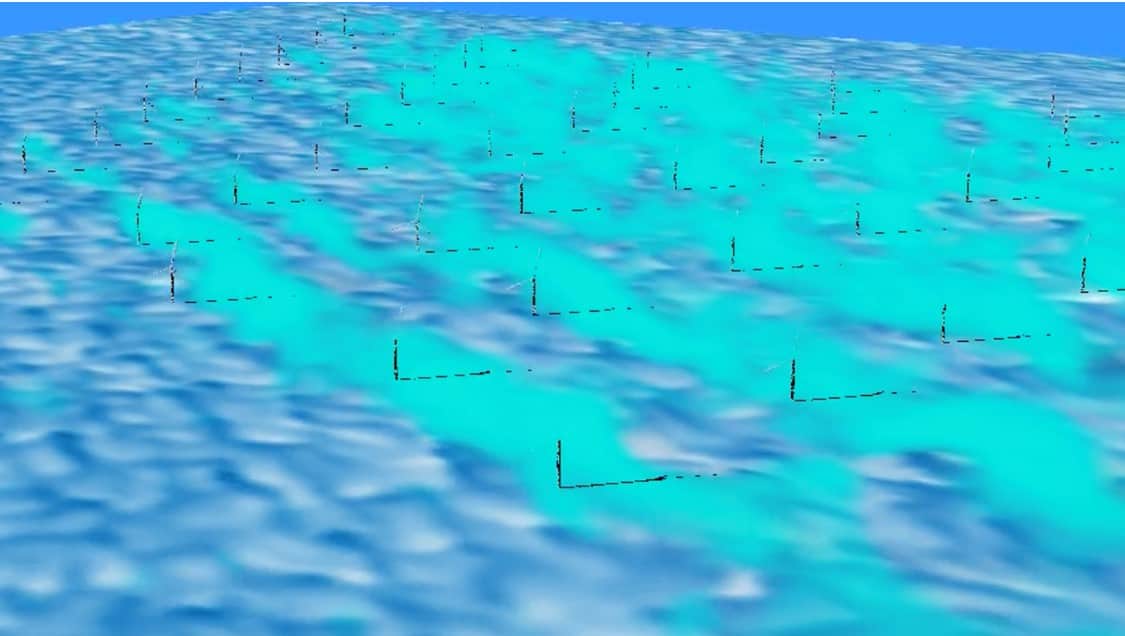 Erik van Iperen, General Manager Renewable Power Generation Technology at Shell: “As we are powering progress through providing more and cleaner energy solutions, we are becoming more dependent on renewable energy sources. This requires a thorough understanding of detailed weather resource impact on our asset’s performance. By deploying GRASP and collaborating in its continuous development, our wind and solar portfolio will benefit from improved wind resource estimates, lower uncertainty in the annual energy yield prediction and an improved layout optimization. This will help to  put Shell on the forefront of wind and solar resource modeling.”

Whiffle’s unique technology involves running a Large Eddy Simulation (LES) model on Graphics Processing Units (GPUs), allowing the user to perform ultra high-resolution meteorological studies at unmatched computational speed. In the context of wind energy GRASP has proven to be particularly valuable for complex sites where the wind flow is difficult to predict, such as large wind farms that cope with significant blockage and wake effects or other locations where high turbulence is to be expected. GRASP’s value for solar energy is also apparent, as it explicitly models cloud formations, radiation and temperature profiles.

Remco Verzijlbergh, Director of Operations at Whiffle: “We are very happy to collaborate with Shell in the coming years. Simulating the complex situation in clusters of wind farms in varying meteorological circumstances is a perfect application of our GRASP LES model. Wake losses and global blockage effects are very relevant research subjects and critical to the farm planning and operations of wind farms. Additionally, we look forward to cooperating with Shell in the field of solar energy modeling too, as we are convinced that GRASP will also make a difference here.”

About Shell plc
Shell plc is incorporated in England and Wales‚ has its headquarters in London and is listed on the London‚ Amsterdam‚ and New York stock exchanges. Shell companies have operations in more than 70 countries and territories with businesses including oil and gas exploration and production; production and marketing of liquefied natural gas and gas to liquids; manufacturing‚ marketing and shipping of oil products and chemicals and renewable energy projects. For further information‚ visit www.shell.com. The companies in which Shell plc directly and indirectly owns investments are separate legal entities. In this document “Shell” is sometimes used for convenience where references are made to Shell plc and its subsidiaries in general.

About Whiffle
Whiffle B.V. was founded in 2015, starting as a spin out of the Delft University of Technology. With its roots in science, the company continues to use cutting edge R&D to further develop Large Eddy Simulation (LES) models and its unique implementation on high performance computing systems. This resulted in the world’s first LES based operational weather model that produces highly accurate and ultra high-resolution weather forecasts. Application areas of Whiffle’s model include wind and solar power projects, dispersion of air pollution, aviation and agriculture.

Our products can be fully tailored to customers needs and can be used for any application domain where local weather phenomena are of importance. Contact us to learn what we can do for your organisation.